Day 5 Word of the day: Whare Paku (Farty-parkoo), "Shitus"! The tour continues, and Yatesy and Benbro both contribute to our murdering of the English language. Lil prayers to the rain gods paid off last night eh. Overcast and still I was just hoping for some wind, blue skies and sun. Wasn't at all worried if it was to be wet. I wanted to turn wheels no matter. Break, screw around and the sun is shining, jedus flowing. Off to the playground for the day's stoke. continued...by benbro: We awoke today with grey skies and the odd drizzle patch still lurking, but there was wind so the chance for drying roads was promising. Crew got in the bus and hit up Bodhi's favourite local pie shop. The plan was to hang at the Whangamatta snake run and skate park til it dried and after a short jam we finally managed to drag pommy Josh and Bondy out of the bowl and off to check the hills. As fun as the park was crew needed speed eh! Our location of shredding was to be a handful of good hills all throughout the Coromandel Peninsula, we skated 5 hills for the day and 3 of them were as good as you would ever want to ride, so many stoked faces, and some epic riding going down from everyone. We decided to do a lot of filming today as the skies turned blue and clear and the hills were safe enough to do some tight riding amongst the crew. I feel very fortunate to have had some epic film runs with two of the best up and coming women skaters on the planet, Ishta and Marisa. I know most of the crew have seen Robs videos from Peru of these two gals shredding, but to see it in person is truly inspiring, such confident solid riders and the best gals I've skated with. Marisa and Ishta are totally stoked to be hitting the oz scene in the next few weeks (Hop's note: this is an old news they are already here) and they can't wait to skate with and meet all of Ozzie maidens. Everyone on the tour are totally stoked at the moment, I had good runs with everyone today and the hills were sick as! The Coromandel Peninsula is a brilliant place, epic surf spots, the fishing is off the hook, big ones everywhere, and every thing a downhill skater could ask for… Back to Oz for me on Tuesday night, got a big day on some of NZ 's finest hills again tomorrow, weather's perfect, it'll be all on. Been an epic trip. 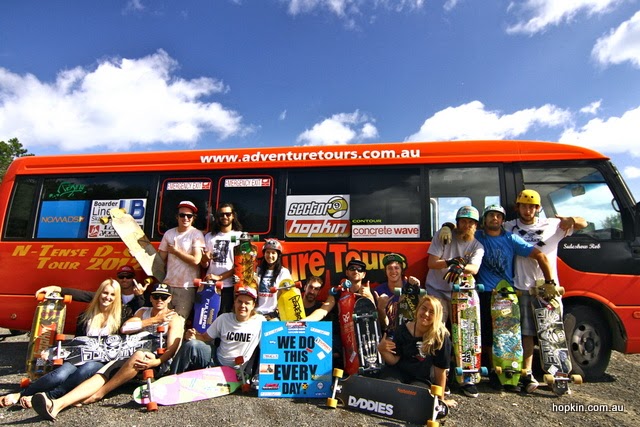 Thanks to all involved in helping me get here, N-Tense D-Centz, Bodhi and Speedy you guys are rad and big thanx to Jacko and Sector 9 for passing his spot on to me …pretty generous gift mate, a rare opportunity that I appreciated a lot, and congrats again on the race win champ,..be see n yo all soon. Skate safe, keep smiling……Benbro. Day 6 words by Yates mate Word of the Day: Mana = "pride" Wow what an epic morning! Stayed at a small beach village called Kuaotunu on the northern most tip off the Coromandel Peninsula! Had a ball down on the beach getting all jedusy by a bonfire, yeah Craigos ol golden beard. As Benny said, this place was epic.

Down on the beach for me this morning, a lil too cool for a swim but none the less great to be at the beach in the early hours of the day. Bohdi had a hell spot for a photo up one of the roads in the area. Turned out to be hell steep, gravel and pretty gnar but then, fffffwwwwwaaaghh! butter corner with the view from hell. such a sweet place to turn wheels at first light. Off to skate the Coromandel today and from previous blog entries, you punters will be aware that its a mecca for grip and rip, dive in and surf the dropping corners, pitted styles yo! 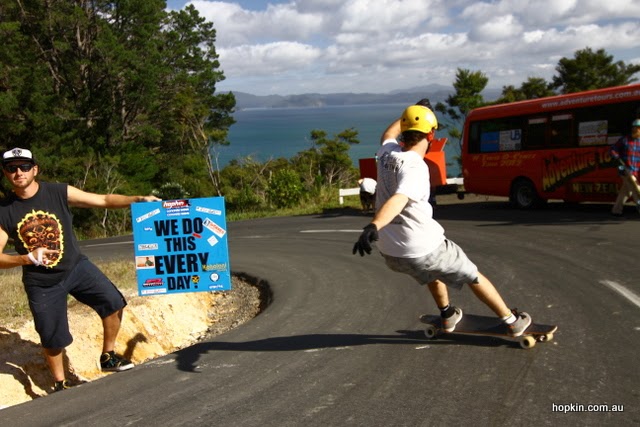 "Pumpkin Pit" was one of the hills we frothed on yesterday. We were back on our way towards Auckland. Bennbro has unfortunately gotta bounce back to the Central Coast and get his fish on! Tight lines Benny. Pumpkin Pit, as its been renamed, was epic again today. To give a run down of the set up, its about 4 minute, 3.5 kms of goodness. There's not a part of the hill I don't enjoy. The top drops in sweeping down through a gap and crosses the ridge line leading into a series of bends just asking for pitted status. Spot n Chop is utilised, as the first minute or so the rights are easily spotted and diving in getting pitted is essential if you're to hit the features. Soooooo pitted. The rights lead straight into hell mondo banked lefts and again its all pitted yo! Where are we now, hell dawg, sweep round one of the hard left bends and its roller coasters again into a left bend before a toight right hairpin. Outta that its into the faster downhill section. Spot n Chop again and rally down through two more solid lefts followed by diving rights. The first was a double apex and tight upon exit if you don't go the inside. The right that followed was suuuuper pitted and the next left was quick into the last hairpin righty that was patchy but punchable. The end couple hundo meters was shitty chip seal but whatever, so straight potato till the turnaround. I had runs down with every punter on the hill. Such a sick crew to be part of. Oh I shortened the wheelbase of the 2012 Wolfshark today by two inches and mondo grip n rip hell pitted frothing styles eh. Heading into the sun everyone's buzzing. I hear Benbro frothing on something sick. The girls at the front are getting into something of the reproductive organs????? Bondy's been grown his beard for 5 years but the current one he's rippin is 12 mnths long. golden beard bra!! Hell fact: The average men's beard grows at 150mm a year! Good times with good peeps. Blind bomb through Kopu Ranges. Rough chunder mountain bombs are a memory cherished from my time in BC. Yeah Striker! Can't say too much bout it but fun. You ask how a blind chunder mountain bomb can be fun, I say throw some sickunts all frothing on getting their jedus flowin and a few camera's to capture the moment and you can get the drift. Great way to say to Benbro, Chur Bro, thanks for the sweet as times in the land of the kuzzi eh. See ur arses hillside in a month @ Mt Kiera. Finished the day so stoked with a mondo stiffy and a few cold ones! oioioi! Adam Yates 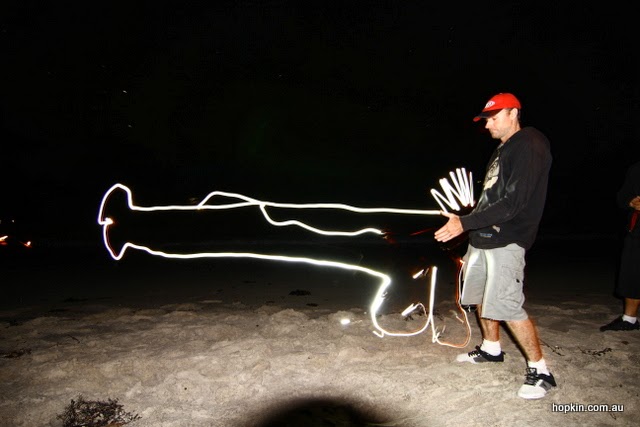